The knot had to be perfect. It wasn’t about anyone else’s opinion, only his own. Nobody else would have noticed or cared, he knew that. Still, he was compelled to re-tie the double windsor for a fifth time, in spite of what it did to his blood pressure. It had always been this way for him. Countless repetition in pursuit of perfection. A thousand lives lived at once, or maybe a thousand examples of existence would be more accurate. He recognized that living wasn’t nearly so anchored to circumstance.

Another imperfect attempt and the tie was ripped from his neck with a roar of rage that would have scattered enemies and devotees alike had there been any of either present to witness it. Taut, white skin stretched around his knuckles, evidence of his frustration, as he leaned against the desk in the center of his office. A sharp intake of breath accompanied the vexing stare he gave the wadded piece of silk crumpled on the windowsill. Anger blinded him to the beauty that expanded beyond the other side of the glass. It was a view that many had paid a premium for prior to the fall. Millions more had unwittingly sacrificed their own freedom to give it to the man who occupied it now.

The office door opened and a blonde woman in her early twenties walked confidently into the massive penthouse.

“What are you doing? Why aren’t you ready?” her tone was clipped.
“Just give me a minute. I still have to tie my tie.” His tone was barely controlled.
“And how many times have you tied it already?” the woman stalked toward the desk.
“I don’t know, but it isn’t perfect.” He seethed.

The derision in the woman’s tone was something the man was definitely not willing to accept from anyone else. That she had no fear of him was what drew him to her in the beginning. He loved that she was beautiful. He loved that she was brilliant. What he loved most of all though, was her ambition. She drove him. Remaining stagnant was not an option in her presence. She was the only person Keiran Skarsgard respected enough to be afraid of.

She sighed heavily as she searched for the tie, finally seeing it hanging tragically from the window sill. Her stilettos deflated his ego a bit more with each step as she went over to retrieve it. He felt like her disappointment was spoken in morse code through the cadence. The accessory was snatched from its perch and straightened mercilessly until it was devoid of wrinkles. After a quick inspection to verify its viability, Gretchen whipped it over Keiran’s head and pulled him close to her. Her hands moved deftly, the only sound in the room coming from the friction of silk on silk as she pulled the tie through its configurations.

The tie relinquished its obstinance under her touch, knotted perfectly, and hid beneath his crisp collar. Gretchen helped Keiran into his jacket. She ran her hands over his shoulders and down his chest as she leaned in to him, her lips pressed close to his ear.

“You are the most powerful man in the new world. All this insecurity really isn’t becoming. It doesn’t matter what your tie looks like. Nobody would be foolish enough to laugh anyway. You’re like the emperor with the new clothes. You could be stark naked and no one would dare to even question what you were doing. Besides, if they did, they’d be answering to me.” With that she pulled him close by his lapels and pressed her lips to his. She could feel his tension melt.

“But their fear isn’t what I want,” he whispered against her lips.

She pulled back from him, her eyes piercing his. “Of course it is. Fear equals compliance. When they stop fearing you that’s when you have to worry about what tie you’re wearing. That’s when you have to begin convincing them you’re right. Right now they are convinced that your way is the only choice they have. Don’t let them forget that.” Her words were icy but her tone was silken.

Keiran was reminded of exactly why he didn’t argue with Gretchen. There was a ruthlessness about her that was simply astounding in one so young and beautiful. To look at her anyone would think she had plenty of reason to be magnanimous toward the world, considering how generous life had been to her. Yet, her appetites were insatiable, especially when it came to acquiring and displaying power. Kieran knew very little of her past, and was wise enough not to ask. Occasionally, when the wine flowed freely at dinner, she would let details slip out from behind her carefully crafted facade of perfection. He could sense a darkness there that intrigued him. He had yet to discover its source. In truth, he wasn’t certain he wanted to know. Anything that could produce such resolve must have been truly devastating. 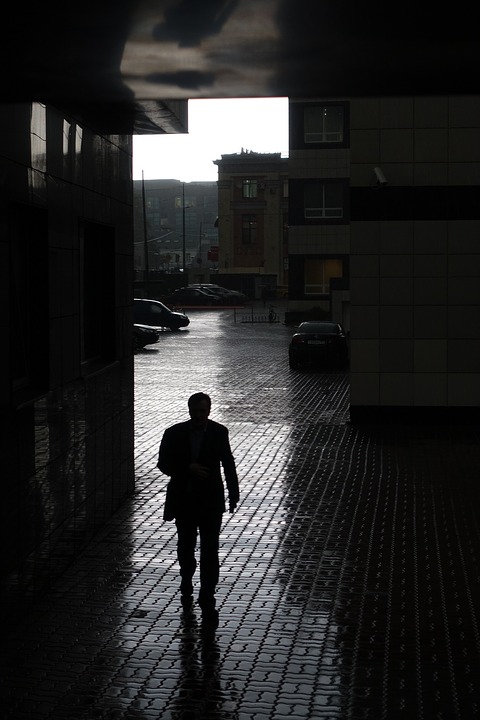 They had met while huddled in a subway tunnel, hiding from the mob that had overtaken the streets when the revolution had come. Though, to call it a revolution may have been generous. Revolution typically denoted a unification of people against a tyrannical enemy. In this case it was more a denial of reality. An entire generation refused to accept the fact that they really were not as special as they believed themselves to be. The deserted platform had seemed like a good place to find a respite from the insanity. Kieran wasn’t expecting to find anyone else in the marbled darkness. Nor was he expecting to kill to protect them. And yet, when a gang of looters and rioters invaded the solitude and threatened worse than death, Kieran didn’t hesitate to rip the threat to shreds with his bare hands. He had often wondered since then if he was really her savior, or simply her favorite weapon. Either way, he was willing to play the part.

“As you wish, my dear. I will give them the tyrant in a suit that haunts their waking dreams.” Kieran’s words were equally as cold as hers had been. Every ounce of self-doubt replaced by a determination to be everything she dreamed he could be. More than a determination. A longing for approval and acceptance that drove all aspects of his behavior. He knew he had found in her the fulfillment he had searched his entire life for. As long as he fulfilled her vision for their future, she would feed his need with the affirmations everyone else in his life had denied him.

“That’s the man I love,” once again her tone shifted from iron to honey, “Shall I walk down with you? Or would you prefer a few moments of solitude to compose yourself?”
“I would enjoy your company. And everyone else will enjoy getting a look at the beauty who tempers the beast.” A smile played at the corner of his mouth as he enjoyed his own joke.
“Very well then. Let me collect my purse and we can leave.”

Kieran followed her to the door where she retrieved the small clutch he hadn’t even noticed her bring in. He proffered his arm and shivered at her touch as she wrapped her arm through his. Once again he reflected on the sway she held over him. In reality, she was as much beast as he was. Her monstrosity was simply more understated. He looked as one would expect the villain to. She projected innocence, and that’s why she was so much more powerful than he was. Nobody saw her coming until it was too late.

Gretchen liked it that way. She was content to work behind the scenes, in the shadows. It allowed her to be ruthless without ever having to be the instrument of violence, or terror, herself. Who would believe any of this was her idea? She was one who saw past the monstrous exterior of the king. The one who curbed his rage. The only person that could love him. In truth, she stoked the fire of his rage, wielded him like a weapon, and slept soundly every night despite her transgressions. If the world only knew.

Check out all the chapters of The Mountain by Duane Deats

Duane has worked for Walden University for the last ten years. He enjoys writing prose, poetry, and music. He has also been known to find a stage for some improv comedy. So basically he's just making this up as he goes along.