The 15th Annual Xerox Rochester International Jazz Festival kicked off on Friday night, complete with perfect summer weather, food trucks for every taste, and music, wonderful music everywhere.   Opening the headliner’s for this year’s festival was Grace Potter, performing in Kodak Hall at the Eastman Theater. 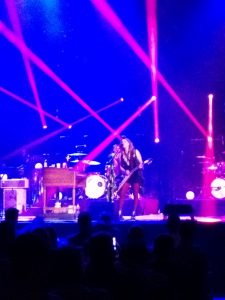 With the house lights down and a backlit stage, the show started off with the intro of Prince’s “When Dove’s Cry” that flowed right into a swell of synthesizers as the band took the stage.   From that moment on, the volume and the excitement in the theater continued to climb.

What may be the biggest understatement of the night is that Grace Potter has a lot of energy…she pretty much defines energy…and seems to have enough to entice a similar reaction from the crowd.   Never standing still, Potter dances on nearly every square inch of the stage, all while singing at the top of her lungs and often playing guitar, keys, or tambourine.

Her musical styles ranged from a bit of funk to blues to country to soulful ballads as she brought us hits like “Hot to the Touch”, “Apologies”, and “Nobody’s Born With a Broken Heart”.   Her six piece band was absolutely outstanding, and she added to the excellence providing us with moments on the keys, the acoustic guitar, and a strong command of her Gibson Flying V.

Throughout the night she encouraged the normally reserved Eastman Theater crowd to get out of their seats and onto their feet and ‘get their freak on’… and though it took some coercing, eventually the front of the theater was completely filled with fans dancing and singing their hearts out.

A particularly stellar moment was guitarist Benny Yurco’s sweet guitar work that worked it’s way into a vocal and guitar only version of “Low Road”.   The combination of her raspy vocals on top of the sweet tone of Yurco’s Gibson was the thing that goose bumps are made of.   It was musical perfection and clearly showed us that these are musicians at the top of their game.   That serene moment quickly morphed into a head banging, high energy, all out distortion laden performance of “Nothing But the Water”, with nothing more that Potter on her Flying V and vocals, backed by Matt Burr on the drums. 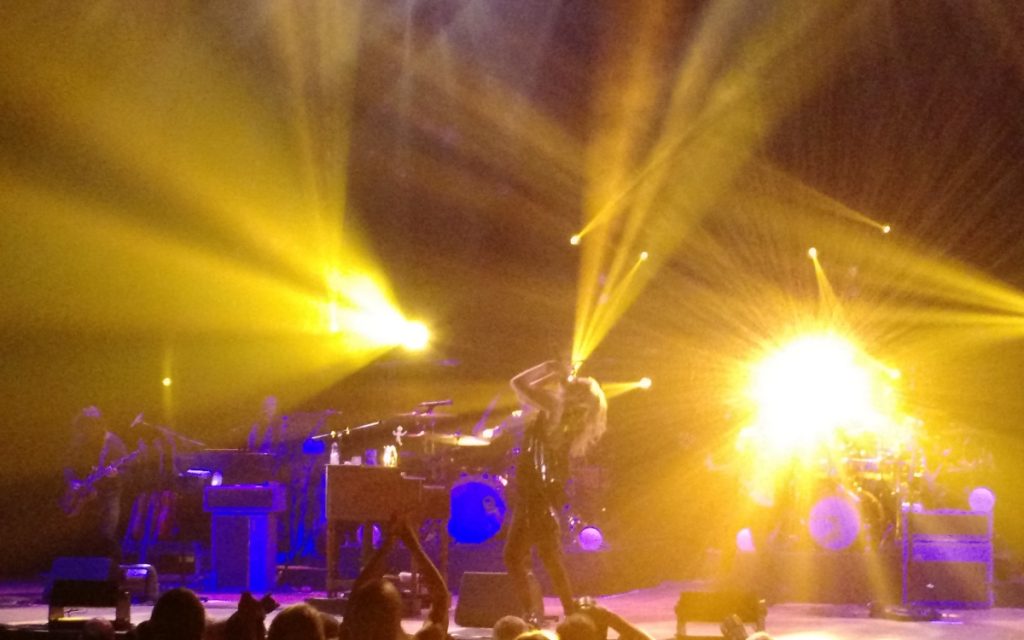 The evening continued to bring us high energy hit after high energy hit…interrupted only by a brief trip off stage teasing the end of the concert but quickly returning to put on an outstanding encore.  The crowd was on their feet most of the night, enjoying an outstanding concert by an extremely talented singer and a stage full of world class musicians.

The Rochester Jazz fest is one of the best music festivals, anywhere…and Grace Potter was the perfect opening headliner to this nine day musical event.

For almost all of my life, there has been a Christmas cactus somewhere in every house I have lived in. My grandmother kept a…