As the father of a little boy, I always enjoyed all of the various careers that he dreamed about as he was growing up.   There was the brief fascination with being a fireman after the kindergarten fire safety field trip, then the jungle explorer working with Gorillas in Africa, followed by the WWE Wrestler and even a brief stint where he wanted to be Batman.  Great choices for a boy with a great imagination.  I too grew up with some lofty aspirations, but probably the most exciting was to be a race car driver.  The loud engines, the screeching tires, and the speed….the wonderful speed… all things that made this occupation seem like the perfect way to spend my adult years.

Somewhere along the way, reality set in, and my racing career never went beyond some poor judgement behind the wheel of a car on twisty Catskill Mountain roads and laps around the local go-kart track.  But to this day, every time I see a race car on a trailer heading to the local track, my thoughts go back to the days of dreaming about becoming the next Richard Petty.

After many years of driving family oriented vehicles, I was finally able to get my hands on an honest to goodness sports car… a vehicle that was built for speed and handling from the very beginning of its existence.   A vehicle that inspires driving with no destination in mind, the drive is the destination.  A vehicle that should not be wasted on a straight road, and isn’t having any fun unless the front wheels are turning left and right as the rear wheels flirt with the loss of traction.

However, too much of that on public roads, can sometimes lead to unfavorable results and frequent visits to your local courthouse.

Here in upstate New York, nestled in the beautiful Finger Lakes, is Watkins Glen International Speedway.  A racetrack that has been home to some great racing from high end sports cars to oval loving Nascar cars.  This track is a gem and in the words of one of my best friends ‘is the happiest place on earth’.

Every year on opening day of the racing season, the track is opened to the public.  For a mere twenty five bucks, you can take your street car onto the track for three paced laps.  And if being able to drive on a real racetrack is not enough reason to part with some cash, all the proceeds go to charity.  There’s no appointment necessary.  Just get in your car, drive to the track, sign a bunch of waivers, and get in line behind one of the pace vehicles. 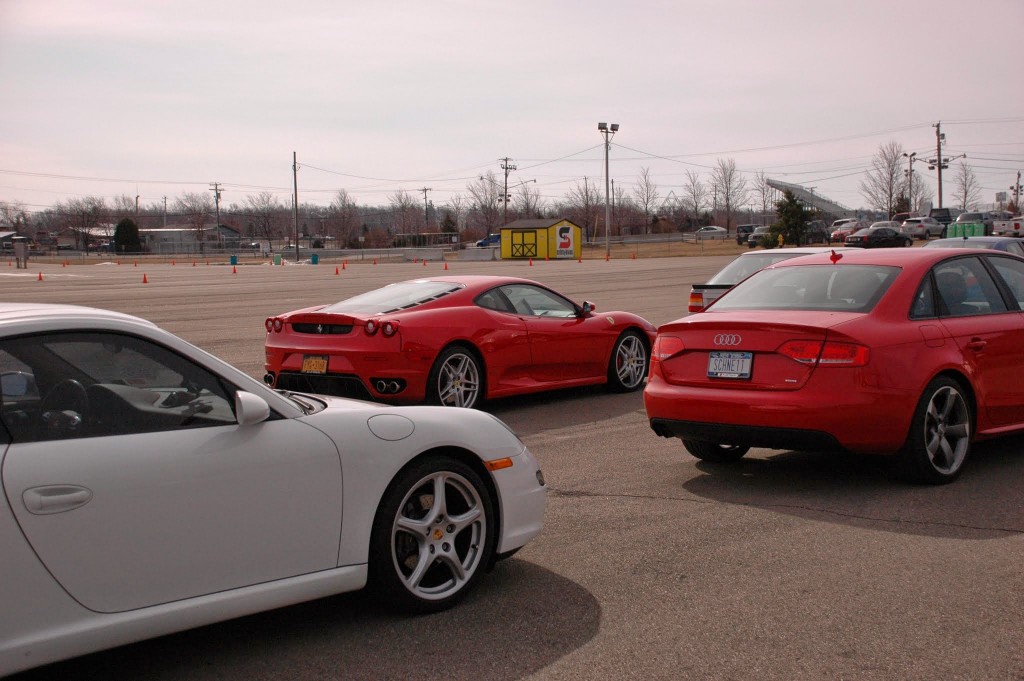 Last year, a buddy and I decided to drive our cars down and give it a try.  We were not quite sure what to expect as all the information on the event clearly stated that we’d be kept to highway speeds.   However, driving into the staging area alone was nearly worth the cost of admission.  The variety of vehicles there was outstanding.  There were modern day sports cars, exotics, muscle cars, some classic sports cars, and even the occasional pick-up or mini van.   Many car clubs were rolling in together, representing their favorite brand or model.  It was practically a car show.  The vibe was electric. 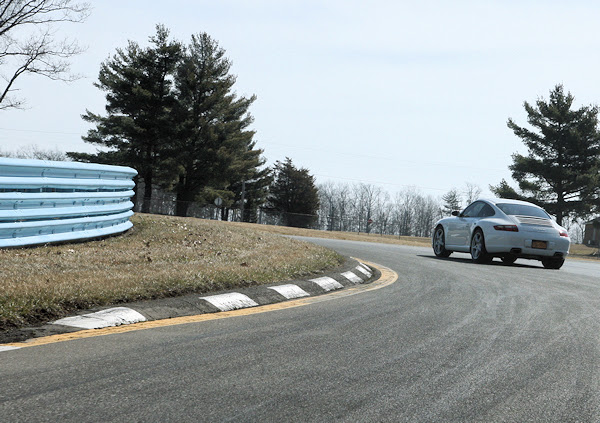 After a short wait for the group in front of us to finish their laps, we finally got the go sign.   Engines started firing up and we rolled out of the staging area, down pit road, picking up speed as we entered the track.  My initial concern about the pace being too slow was quickly removed as we dropped into the first sharp right hander.   Even at highway speeds, the corners proved to be quite exhilarating.   Despite the many warnings against excessive speed, there were occasional opportunities to see the speedometer needle dancing around numbers that are only allowed in Europe.   Working from corner to corner, running through the gears, listening to the engine howl as the tachometer reached the redline, and passing by the grandstands of this historic racetrack was an unforgettable experience.   I felt like an honest to goodness race car driver.   To top it off, professional photographers were sitting track side, taking pictures of our cars as we made our way around the track.   It didn’t take too long for our three laps to come to an end…and it took even less time for us to get back in line to have another go at it.

There may not have been any fans in the stands, checkered flags, or trophies, but for six wonderful laps around Watkins Glen Speedway, I was a race car driver, complete with the smile and the speed, the wonderful speed. 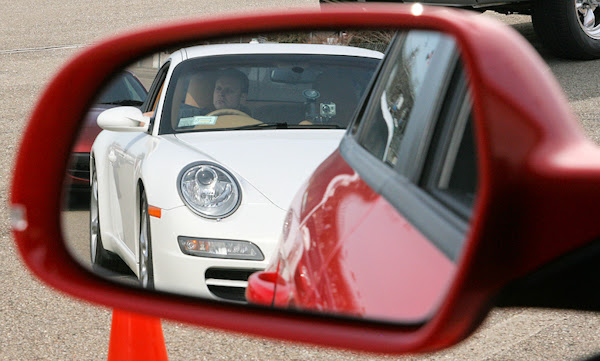 One of the fascinating aspects of the human mind, and often a frustrating aspect, is when we have an “a ha” moment, a lightbulb…